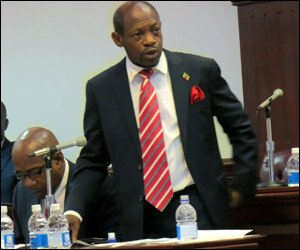 Most of the EC$19 million allocated to the Ministry of Tourism and International Transport for fiscal 2015 will be used to promote and develop the Federation as a major tourist destination.

“Through the implementation of its Tourism Strategy and Yachting Policy, this Ministry will contribute to the growth in GDP through increased visitor expenditure and consumption,” Prime Minister and Minister of Finance, the Rt. Hon. Dr. Denzil L. Douglas announced  during a resolution on the Budget Estimates for 2015 in the National Assembly on Tuesday morning.

“The additional funds are being granted to facilitate increased airlift to our Federation.  Our investment in airlift and marketing initiatives is critical if our Nation is to grow as a major tourist destination,” said Prime Minister Douglas.

He said the Federation’s investment has already begun to bear fruit as in 2014, the number of inbound seats to the destination has increased by over 11,000 when compared to 2013.

“This trend is expected to continue as American Airlines will continue to expand its Miami service, and Delta has resumed its weekly flights into St. Kitts from November 8, 2014.  Air Canada will recommence its operations into the Federation from December 20, 2014 to April 25, 2015 and negotiations are underway for the continued expansion of this service,” Dr. Douglas, the Prime Minister and Minister of Finance said.