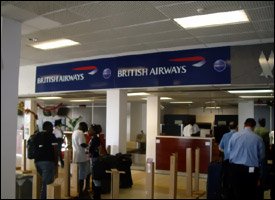 St. Kitts and Nevis’ Minister of Tourism, the Hon Richard “˜Ricky’ Skerritt, has revealed that bookings to St. Kitts and Nevis and actual visits to the twin-island Federation by British and American visitors have shown improvement over the same period last year.

“Year to date, advanced bookings are up 16 percent over a year ago and year to date, actuals are up 14 percent over the same period from the year before from the British market for St. Kitts and Nevis,” said Hon Skerritt on Tuesday (November 8) at Excel Exhibition Centre in London, where he is leading a strong St. Kitts and Nevis delegation to this year’s World Travel Market.

He also revealed that as it concerns the US market, bookings are up 14 percent year to date and looking very promising up four percent bookings going forward.

He said that the British market accounts for 10 percent of visitor arrivals in St. Kitts and Nevis, the US market 60 percent, Canada 10 percent and the other 20 percent is from the Caribbean market.

Minister Skerritt, who is also the Chairman of Caribbean Tourism Organisation’s Council of Ministers and Commissioners, is accompanied in London by Chairman of the St. Kitts Tourism Authority, Mr. Alphonso O’Garro, and Tourism Advisor, Mr. Cedric Liburd.

“We come to the World Travel Market because we can meet a lot of the travel trade and the travel media who we do business with on an ongoing basis,” said Minister Skerritt. “We use it as a sort of a meeting point and as a networking point, but we also use it to refresh business contracts and we try to get new business. “We constantly look into introducing our destination to the British market.”

He explained that because of its size, and because of the location in London and the value of the local market itself, “World Travel Market to us, is a sort of a “˜must’ attend for St. Kitts and Nevis.”

The two sister islands are exhibiting from a single booth, and the entire St. Kitts and Nevis delegation has 13 persons and is being reinforced by three staff members of the London-based St. Kitts Tourism Office.

While the World Travel Market exhibition comes to an end on Thursday (November 10), the London-based St. Kitts Tourism Office continues marketing of the Federation to the British market.

According to Hon Skerritt, the office partners with British Airways, where they do a lot of joint programmes.

“They do a combination of sales with travel agents and tour operators and attend trade shows, where they speak and introduce business opportunities to hoteliers and other business people.

They are now promoting a programme called Kids R VIPs, which is offering special programmes to keep kids busy and enjoying their vacation (in St. Kitts and Nevis) during school breaks, Easter, winter and Christmas generally.

“Those flights are quite successful and have made all the difference to our ability to market in the UK, because ultimately airlift matters,” he said.

According to Hon Skerritt, St. Kitts and Nevis continues to move towards being a high end tourist destination. It is because of that reason that the two weekly flights to St. Kitts are successful financially for British Airways, as they get more people on the front end of the plane (first and business classes).

They have had growth in that area, but they have not had any growth in economy section. “They are having difficulty filling the economy seats because the price is higher, including the taxes,” he said. “We have been fighting to get the Air Passenger Duty (APD) tax down. It is a concern to the airlift situation as it also affects cruise ships in the region,” he said.

“Europeans fly to some points in the Caribbean and join cruise ships and then cruise through the region in the winter and that business is threatened by the airlift as well.” Hon Richard Skerritt, in his capacity as the Chairman of Caribbean Tourism Organisation’s Council of Ministers and Commissioners, was due to lead a Caribbean Tourism Organisation delegation to meet with the British Tourism Minister Hon Chloe Smith on Wednesday November 10 in London, to present their case on the APD tax which the CTO maintains is harmful not only to Caribbean’s travel trade but the British travel trade as well.