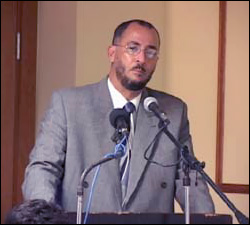 St. Kitts and Nevis’ Minister of Tourism, Sen. the Hon. Richard “Ricky” Skerritt, is among more than a dozen ministers of government, including a premier and a chief minister from the Caribbean in New York City for the second annual Invest Caribbean Now Power Forum.

The investment breakfast, a partnership between digital media company, Hard Beat Communications and the Caribbean Tourism Organization, the regional tourism arm, is set for the Marriott Marquis in Times Square New York City on June 6th from 7:30 a.m. to 10:00 a.m.

Organizers of Invest Caribbean Now 2012 will also honour world renowned business leader, Sir Richard Branson with the 2012 Leadership Award for his commitment to the Caribbean via the launch of his Branson Center of Entrepreneurship ““ Caribbean.

The forum comes as Chinese investment in the Caribbean continues to boom in this free trade emerging market economy that is politically stable and boosts a highly literate work force and an established tourism market, and which the International Monetary Fund and World Bank forecast will see a 3.5 percent growth into 2013, higher than the economies of Eastern Europe and Central Asia, and similar to those of East Asia.