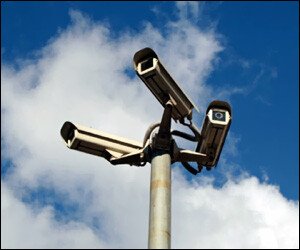 Security Cameras To Be Upgraded

Minister responsible for Health, Honourable Marcella Liburd revealed that upgrades to the Joseph N. France (JNF) General Hospital, including the revamping of security systems, will conclude in early 2015.

During her presentation following the 2015 Budget Address, Minister Liburd explained that approximately 95 percent of the work at JNF is complete.  She said that many of the wards such as Medical, Surgical and Private Wards were upgraded, while medical devices such as monitors were placed in the Maternity and Pediatric Wards.

“In upgrading it [JNF], security cameras were also installed in strategic areas in all of these wards,” Minister Liburd noted. “Part of the upgrade also would be the fencing of the hospital. This is ongoing and we expect the whole perimeter to be fenced by the first quarter of 2015.  We’ll have mechanical gates put on we’ll have to revise our visiting hours.”

Minister Liburd detailed that come 2015 visitors will be given a color coded visitors card that will restrict them to specified areas of the hospital.  She explained that this would reduce the number of individuals who go to the hospital to visit one person yet walk through its length and breadth.  It was emphasized that once visiting hours concluded, orderlies would be empowered with the right to escort visitors off the premises if necessary.  Special provisions would however, be made for family members.

The matter of security doors was also mentioned by the Minister responsible for Health, who revealed that several would be placed in the open areas in Surgical and Medical Wards.  She also said that some orderlies had been trained as island constables and they were capable of assisting the security forces who maintain 24 hour surveillance at JNF.

Minister Liburd also noted that the World Bank had classed St. Kitts and Nevis as first among countries pertaining to the amount of Gross Domestic Product (GDP) spent on Health and that the Federation was second in the absence of infant mortality.  She stated that local reporting and UNAIDS had corroborated that there had been zero transmission of HIV from mother to child over the last 10 years and that the Federation was working with its OECS counterparts to ensure that this was maintained in the sub-region.