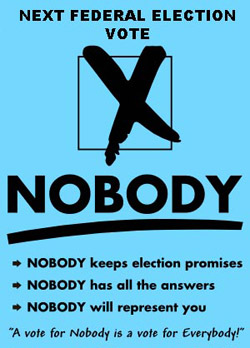 Make Sure To Get Out and Vote!

In a statement in the National Assembly on Thursday morning, Prime Minister Douglas who was updating Parliamentarians and the nation on the ongoing electoral process said the registration and confirmation procedures have passed the test.

“This is an indication of the measure of the integrity of our new computerised voter registration management system. This new system has been able to detect attempts by persons to register multiple times and in multiple places,” said Prime Minister Douglas.

“Such was the case when, very early in the process, two individuals confirmed in St. Kitts and then attempted to register for a second time in Nevis. Such was the most recent case when a lady from Half Way Tree, who had confirmed her own registration in Basseterre early in the process, turned up in Half Way Tree in the company of Mr. Lindsay Grant, the Leader of the People’s Action Movement, to confirm her registration for a second time in her own daughter’s name, who is abroad. These examples evidence the capability of the system that my government has implemented and of which my government is justly proud,” Dr. Douglas told the National Assembly.

He said: “Never again will those who have sought to exploit the loopholes in the old system find comfort in this new electoral environment.”

Dr. Douglas said that the electoral office has over the last several months stuck to procedures requiring the very highest standard for registration and confirmation.

“Electoral officials were required to extract all the pertinent details and they sought all the necessary documentation to ascertain the identity of an applicant for confirmation or registration,” said Dr. Douglas, who added that it was “difficult for some to understand and accept that a new era had come, and that no longer was the electoral system going to tolerate mere word of mouth or unverified claims.”

Prime Minister Douglas thanked the employees of the Electoral Office as well as members of the public who willingly complied with the new requirements.

“It these requirements that have helped to bolster the integrity of the system and make it one that we can all be proud of. I am extremely proud of what we have created as our new electoral system,” said Prime Minister Douglas.