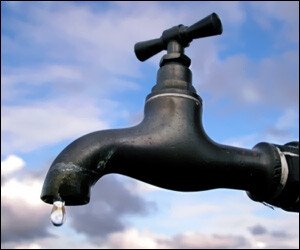 Water – Good To The Last Drop!

A US$5 million deep water drilling project is anticipated to bring some 2 million gallons of water to residents in St. Kitts to assist in alleviating the current water shortage situation.

This was revealed by Honourable Ian “Patches” Liburd, Minister with responsibility for Public Infrastructure, during the sitting of Federal Parliament on Tuesday, September 15. He said this is expected to take place in 2016.

“We believe Mr. Speaker, as an administration, that there must be universal coverage to portable water,” said Minister Liburd, adding that 98 percent of residents have access to portable water in their homes. “But when we look at the activities that are ongoing such as the major expansion in tourism and housing sectors, this creates a significant increase in water demand.”

Minister Liburd said that the government is “committed to connecting every single home in St. Kitts to potable pipe water, however, they are faced with challenges that are operational in nature.”

“We have had a very difficult year to date in St. Kitts and Nevis ““ a record dry period,” Minister Liburd stated. “Moore than 50 percent deficit in rainfall is forecast to continue into the new year.”

According to the Minister, the government intends to recruit consultants as part of the process to address the issue of water in the Federation; Ocean Earth Technologies out of the United States has already been contacted.

Currently, there are six water sources and 25 wells in use in St. Kitts. Ground water sources are supplied from the areas of Wingfield, Cayon-Green Hill, Franklands, Phillips Village, Stone Forth and Lodge, while ground water supplies are extracted from wells in Basseterre, St. Peters, Conaree, Mansion, Tabernacle, Saddlers, St. Pauls and other areas.