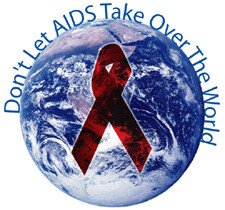 Young people in St. Kitts and Nevis have demonstrated once again that they are prepared to “Keep the Promise” in reducing the incidences of HIV/AIDS.

CLAMP’s initiative, dubbed “Know It, Share It, Live It,” focuses on using theater and dramatic arts to reach young people between the ages of 15-19. Club Sugar City has targeted sexually active young men aged 16 to 21 that are involved in risky behaviour.

The MGP, which was initially executed in 2005, is funded by the Pan Caribbean Partnership Against HIV and AIDS (PANCAP). It was designed to build the capacity of young people in areas such as community mapping and project development writing and to sensitize them about HIV/AIDS related issues.

This second round is being executed in St. Kitts and Nevis, Jamaica, Belize, Suriname and Bahamas.

Deputy Programme Manager for Youth Development at the CARICOM Secretariat, Dr. Heather Johnson, told SKNIS that St. Kitts and Nevis produced and executed very successful initiatives in the first round of the MGP when a basketball tournament and an innovative comic book highlighted critical issues and developed peer education.

During a meeting with the Minister of Youth, Honourable Glen Phillip and his Permanent Secretary, Lloyd Lazar, on Wednesday (March 19), Dr. Johnson noted that one of the projects was recognized as a regional best practice which seemingly gave the island an advantage in this latest go around. She explained that the Federation is the only country that is implementing two projects and added that PANCAP was impressed with the proposals.

The locals groups will each receive US $3,500 to execute the projects which should be completed by June 1. This and other specifics were detailed during a meeting with Dr. Johnson last night.

Deslyn Moses of Club Sugar City participated in the first MGP while with another youth group. She described the experience as educational and empowering as a large number of youth are touched by their interventions. Ms. Moses said she is convinced that with the quality of the submissions and outline of the work plan, St. Kitts and Nevis can once again win recognition for the impact of its projects.