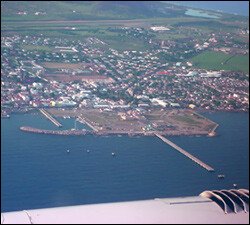 The third cruise ship to visit St. Kitts for this week, docked at Port Zante on Tuesday.

The 540-passenger capacity Silver Spirit on the first of five calls for the 2011/2012 cruise ship arrived from Dominica with 505 passengers and a crew of 363. Most of the passengers disembarked before the Silver Spirit left for St. Barth’s, its next port of call.

Rounding out the week on Saturday 12th will be the 3,100-passenger-capacity Ventura which docks at Port Zante and the 112-passneger capacity Sea Dream which anchors in Charlestown.

Some 84,000 cruise passengers are expected this month from 38 cruise ship calls.