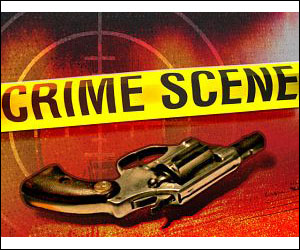 “We have had almost two years of peace and tranquillity in St. Kitts.  The men and women of our Police and Defense Forces have worked extraordinarily hard, they have made excellent use of additional training and equipment, and they have benefited tremendously from our county’s strong relations with regional and international law enforcement agencies. This has had a very positive impact on the ground, and I wish to make it clear that my Government is determined to keep it this way. Like everyone in the Federation, I am appalled by this brazen act,” said Prime Minister Douglas in a national broadcast Saturday afternoon.

Extending concerns to those who were injured and sincere condolences to those whose loved ones lost their lives, Prime Minister Douglas reminded each and every citizen and resident that indifference to criminality is not an option.

“Accommodating any form of criminality in your communities ““ and particularly in your homes ““ can come back and hit you hard. Because revenge and retaliation are often at the base of much crime, accommodating or excusing criminal behaviour in your communities, your businesses, or your homes could result in you ““ or those you care about ““ falling victims in a cycle of action and reaction. And the only way to protect yourself and those you love is to do what the people of the Federation have been doing for the past two years now ““ strengthening their partnerships with law enforcement, ensuring that our children avail themselves of the youth-oriented programs organized by the police, doing their part to make our homes, our neighbourhoods, and our country, crime free zones,” Prime Minister Douglas said.

Pointing out that good, decent, and law-abiding citizens constitute the vast and overwhelming super-majority in this country, Dr. Douglas said it is the community who must and will define the fabric and texture of life in St. Kitts and Nevis.

“No-one else.  Certainly no one person, intent on violence, can be given greater weight than the rest of us combined. We, as a people, have already shown, and dramatically so, that when working in partnership with our police and defense forces, the law-abiding and decent citizens of our country most assuredly prevail.  We have proven this over the past two years.  And this is the trajectory on which we must ““ and shall ““ remain,” said the St. Kitts and Nevis leader.

He thanked those good citizens who have already begun working with law enforcement in order to assert who and what people and a nation are.

“On this and all matters, let us all commit ourselves to this  caliber of involvement, this caliber of concern, this caliber of patriotism,” said Prime Minister Douglas, who gave the  public his assurance that “our country’s law enforcement is treating the apprehension of the person responsible for this heinous act as a matter of utmost urgency.”