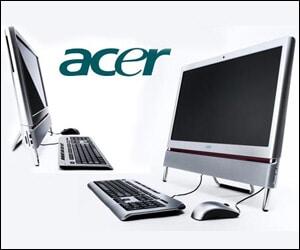 The Government of Taiwan presented just above EC$130,000 in IT equipment to the Joseph N. France General Hospital at a brief handing over ceremony on January 13.

Minister of Health Honourable Eugene Hamilton in thanking Taiwan for the equipment said that: “There is no greater friend for our still young nation than the Government and people of Taiwan.”

“Currently our Health Information Systems is largely paper-based, it continues to be very useful, it will not disappear,” Minister Hamilton said.  “It is just that the health system must move completely or fully with a few paper trails to an electronic platform to better handle the increasing volume of generated data in our health system, as well as to satisfy the data needs of our bonafide customers.  We are in an era of high population concentration, of the internet and of the smart phone technology.  Therefore, the public health sector must therefore become part and parcel of the information age and the e-government agenda.”

Attorney General Honourable Vincent Byron who also serves as the Minister of Communications under which the Department of Technology falls, also expressed gratitude for the donation, noting that it forms part of the Taiwanese International Corporation Development Fund (ICDF) and gave some background to the project.

“Our national ICT development partnership was formalized via the ICT Cooperation Agreement of 2013 to 2018, which is to the wider framework that supports the JNF Hospital Information Systems Project,” the Attorney General said.  “The primary purpose of the project is to enhance public health analysis and knowledge management.  This is via the provision of a full service, hospital information service system.”

In handing over the equipment, the Ambassador of Taiwan, His Excellency George Gow-Wei Chiou addressed the outcome of JNF Hospital Information Systems Project, stating that it will enable St. Kitts and Nevis to be a leader in health information systems in the OECS.  He also mentioned the introduction of a smart health card.

“In this last year, the JNF General Hospital has issued its very first smart health card to the public,” Ambassador Chiou said, noting that it gives doctors immediate access to patients’ files.

Caribbean Regional ICT Project Manager in St. Kitts and Nevis, JoAnna Huang confirmed that distribution of the health smart cards began to the general public in May of last year.  She revealed that a total of 1,500 had been issued.

Minister of State with responsibility for Health Honourable Wendy Phipps also graciously thanked Taiwan, outlining that the contribution includes 38 Acer computers with desktops, four Microsoft Service Pro tablets, as well as one multipurpose HP printer along with other accessories.