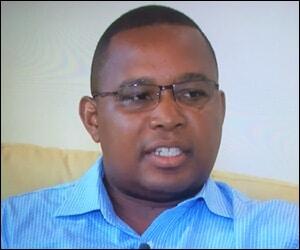 Comptroller of Inland Revenue, Edward Gift, is responding to news in the media suggesting that the Government of National Unity is exacting tax from persons for renting property as something new.

Mr. Gift says that a large number of persons who engage in renting their property to students and others are refusing to be in compliance with the law by not registering their properties with the Department of Inland Revenue when they are making EC $96, 000 or more per annum in rent income.

“A lot of citizens who have been paying this tax for years have raised concerns about persons who are not paying, and have actually come to the Department of Inland Revenue and identified those persons, some of whom are prominent persons in the society, and who are clearly in breach of the law,” said Mr. Gift, while highlighting that “the government is trying to minimize the taxes that we have and if people pay their taxes the government has no need to implement new taxes.”

The Comptroller of Inland Revenue explained that persons have been paying this tax on the rental of property since 1980 and therefore it is not a new tax.

The St. Christopher and Nevis Traders Tax Act came into force on 1st May, 1980.  Chapter 20.46, Section 3 of the Act under Traders Tax states: “Subject to this Act, there shall be levied upon and paid by every person carrying on business in the State a tax known as traders tax at the rate of three per centum of the gross takings of the business: Provided however that no tax shall be payable in respect of the first eight thousand dollars per month of the gross takings of a business.”

The Traders Tax Act was updated in 2010 under the former Labour Administration as the Unincorporated Business Tax Act, 2010.

However, the Comptroller says that private homes are exempted under the VAT Act as per Part Four, Section 26 (d) (ii) states “accommodation services in an apartment or room with utilities and furnishings provided by the lessor, but not including services to a renter in a private home.”

“Paying one’s taxes is important for the government because it has to ensure that vital social services are maintained in the country,” Mr. Gift said.

In closing, the Comptroller of Inland Revenue reiterated “for years numerous civic minded citizens have been paying their taxes and business licenses on their property rental activities under these old tax laws and no new taxes have been introduced”.