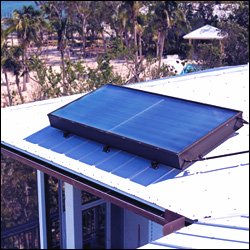 The St. Kitts – Nevis Federal Cabinet has approved the waiving of taxes on a range of alternative energy generating equipment and energy efficiency equipment.

Minister of Information, Senator, the Hon. Nigel Carty said Cabinet has accepted the proposal submitted by Prime Minister the Rt. Hon. Dr. Denzil L. Douglas in support of the National Energy Policy of the government to facilitate St. Kitts and Nevis becoming a country where sustainable, clean, reliable and more affordable energy sources are developed and used.

In submitting the proposal Prime Minister Douglas, in his capacity as Minister of Finance was strongly of the view that although the government has no control over the price of petroleum-based energy products, a lot could be done to reduce the cost of energy to the local population by spurring the development and use of alternative energy technologies, and by creating an impetus for the use of energy-saving technologies by a wide cross-section of the populace.

With the assistance of the Republic of China (Taiwan), solar panels have been installed at Government Headquarters, which houses the Prime Minister’s Office, the Attorney General’s Office, the National Assembly and the Ministries of Foreign Affairs, Agriculture and Youth and Sports.

A few weeks ago discussions on plans to set up a solar panel manufacturing plant in St. Kitts were discussed here.

Minister of Housing and Energy, the Hon. Dr. Earl Asim Martin also said the next set of low-income homes constructed island wide by the National Housing Corporation (NHC) will be electrified by solar energy.

Taiwan is also assisting with the installation of LED street lighting system on the Kim Collins Highway and on the road to Frigate Bay from the Eastern Caribbean Central Bank (ECCB) to Sugars.