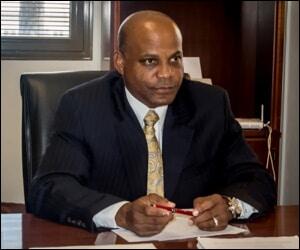 Minister of Tourism, Honourable Lindsay Grant, used Friday’s (February 19) session of the Federal Parliament to report on the state of the tourism industry in St. Kitts and Nevis and said he was excited by the growth and potential.

Citing statistics from the World Travel and Tourism Commission, Minister Grant said that tourism contributes directly and indirectly to the Gross Domestic Product (GDP) of the twin-island federation by 25.5 percent. The report also noted that approximately 25 percent of the nation’s workforce hold jobs that are directly or indirectly linked to the industry.

“This is why Mr. Speaker, the success of our tourism sector is critical for our national development because it drives our economy and directly impacts the wealth of our citizens,” he said.

The minister took an in-depth look at sectors in the industry. In cruise tourism, it was reported that the market was “very buoyant” and remains on track to breach the 1.1 million passenger mark in 2016 for the first time. He said this season will see 20 cruise ships visiting St. Kitts and Nevis for the first time, including the Anthem of the Seas, Norwegian Getaway and the Britannia. Twelve of those ships have already visited.

Stay over visitors also recorded growth figures of 5.5 percent in 2015 when compared to 2014. Capacity increases were attributed to flights by Delta Airlines and American Airlines as well as the introduction of a weekly service by United Airlines in December 2015. Passengers coming to St. Kitts and Nevis from two important markets were up Minister Grant said. Figures from the United States reflected a 5.8 percent increase, while there was a 9.4 percent rise from the United Kingdom.

“Despite the weak Canadian dollar which has made Canadians travel to the Caribbean 40 percent more expensive than it was last year, the Air Canada flight posted a 90 percent load factor in January 2016,” Mr. Grant said. “Plus Air Canada vacations sold 182 more room nights in January 2016 than it did in January 2015.”

Minister Grant cited information collected during off season exit surveys at the Robert L. Bradshaw International Airport and said the average visitor spent US $191 per day in 2015, up from US $156 in 2014. He said ministry officials will work to solidify gains in 2016.