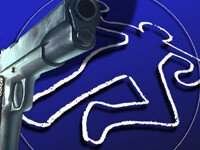 Less than 20 hours after the shooting-death of David “˜Dibaloo’ Thomas in Buckley’s Estate, another young man was killed and two others wounded in a shooting incident in Lower Cayon tonight (August 14).

Dead is 29-year-old Karando “˜Kasper’ Otto of Warner Street, Lower Cayon and hospitalised are Deshawn Williams (27) and Patnell Isaac (24), both of whom also reside in Lower Cayon.

According to the Head of the Criminal Investigation Department, Inspector Franklyn Belgrove, the three men were on their way home from a football match at the St. Mary’s Park when an unidentified individual fired a number of shots at them while in the vicinity of Gumbs Used Parts & Tire Shop.

For the full story see this link