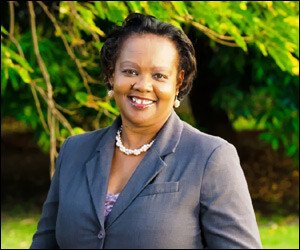 The presence of another woman in the Federal Parliament has been welcomed by a civil society organization.

Dawne E Williams, President of the Business and Professional Women (BPW) Club of St. Kitts and Nevis along with the members, congratulated the government of National Unity on the installation of the new cabinet and especially the inclusion of the Honourable Wendy Phipps as Senator.

“On behalf of the members of the St. Kitts Chapter of the BPW foundation, I extend heart-felt congratulations to the Honourable Wendy Phipps on her new appointment as Minister of State in the newly elected government,” President Williams said. “Indeed it should engender great pride in us as women, when one of us excels.”

President Williams further stated that “Wendy is an individual who has worked conscientiously and has earned her stripes. It is said that:  “Ëœthe dictionary is the only place where success comes before work. Work, is the key to success and hard work can help you accomplish anything”. Wendy’s journey is truly reflective of this.”

According to members of the BPW, “based on their collective knowledge and interaction with Honourable Phipps, in the past, they are confident that she is well positioned to represent the women of the Federation who make up the majority of the population. We know that she will do an excellent job, and as the premiere women’s organization, BPW stands ready to continue the partnership and pledge our full support towards the further development of this our beautiful nation.”